At day’s end, the friendly Mango staff invites you back to the intimate and luxurious setting of the Grand Rancho Bar and Grill where stories are shared over an award winning national rum and the fresh catch of the day. So whether you’re on a family vacation, romantic getaway, an ambitious surfing or fishing trip or a solo traveler you’ll feel right at home at 'The Mango.'

How may we help you?

The dry season in Southwestern Nicaragua, which runs from November until April, is the best time of the year to come down and land one of the many sport fish which call these waters home. Here’s a look at just some of the fish you can expect to land while fishing our waters. 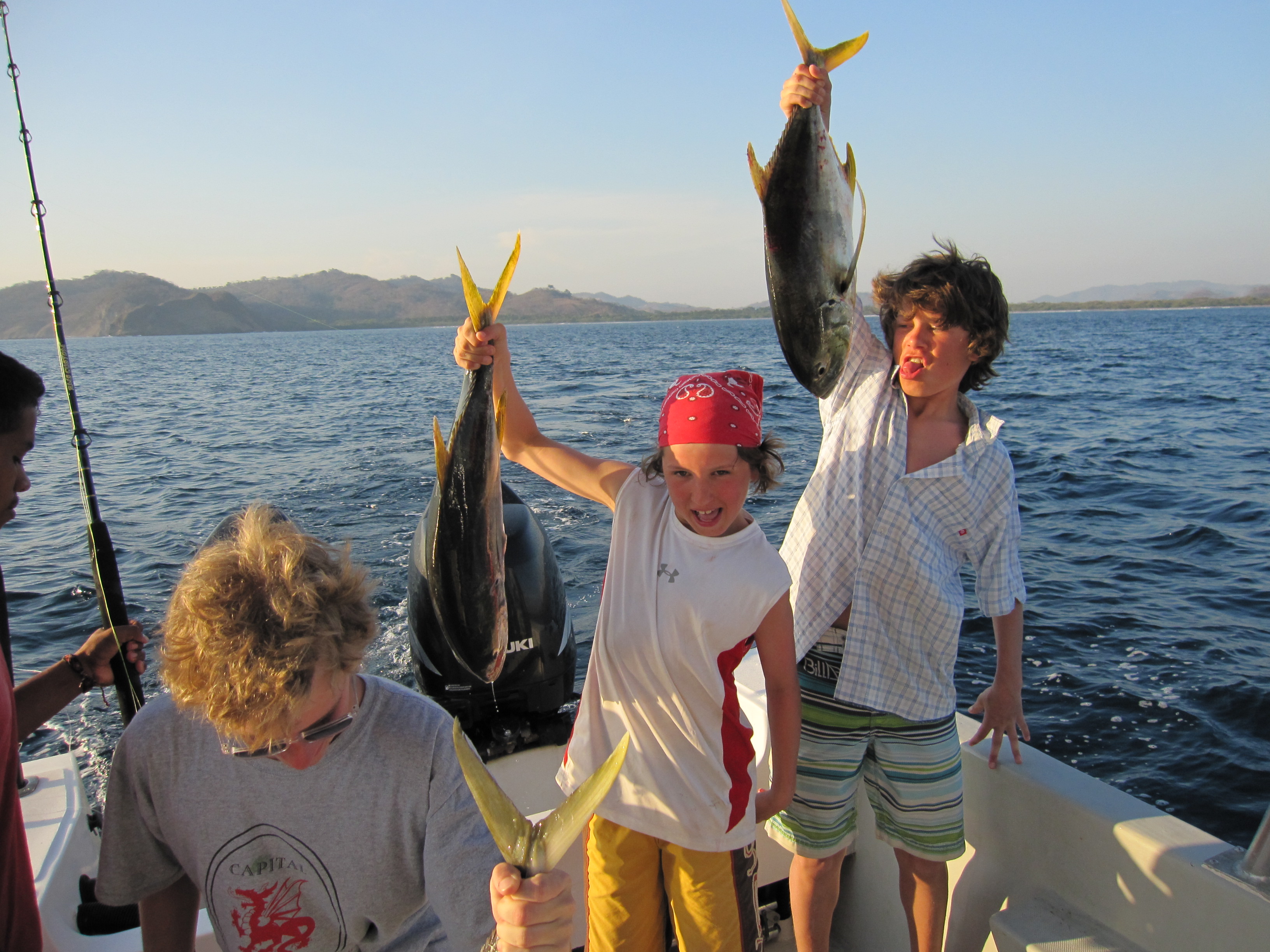 Jack Crevalle is a marine fish typically found in tropical, warm waters. This one’s a powerful fighter, and you may find yourself a little tired after the reel! A catch of one of these feisty fish can be a great photo opportunity, as they can grow up to 32kg.

With a strong taste and not well know for their palatability, the meat from these fish is often sold frozen, preserved, or as fishmeal or oil in markets. 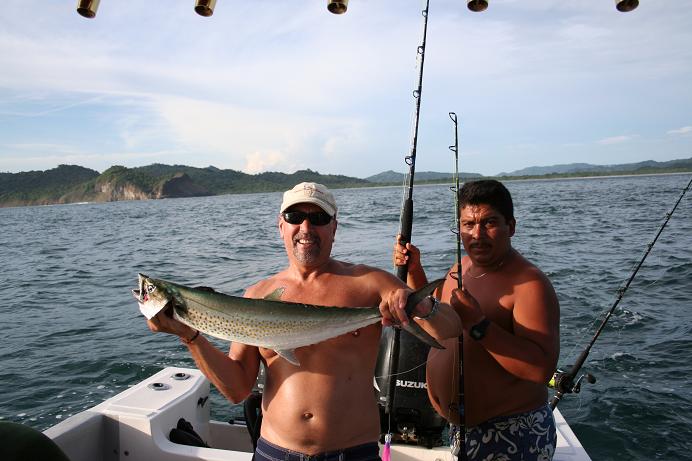 A close relative species to tuna, Mackerel can be a fun and easy catch for those first time anglers with a pretty basic rod and lure. Mackerel has a firm white flesh and savory flavor that lends itself well to nearly every type of preparation. Slightly more oily than other fish like cod, it is easy to cook and pairs well with a little bit of acidity such as vinegar or lemon juice.

Perhaps one of the better known and most consumed, “Albacore” or white tuna, along with its relative Yellowfin tuna are found off the warm waters of southwestern Nicaragua. This is the only type of tuna that can be classified as white tuna.  Albacore can be caught using pole and line or trolling methods.

It has a smooth, velvety texture and a mild, meaty flavor, making it a popular choice for raw sushi and sashimi. It is also a delicious seared or grilled in a warm dish. 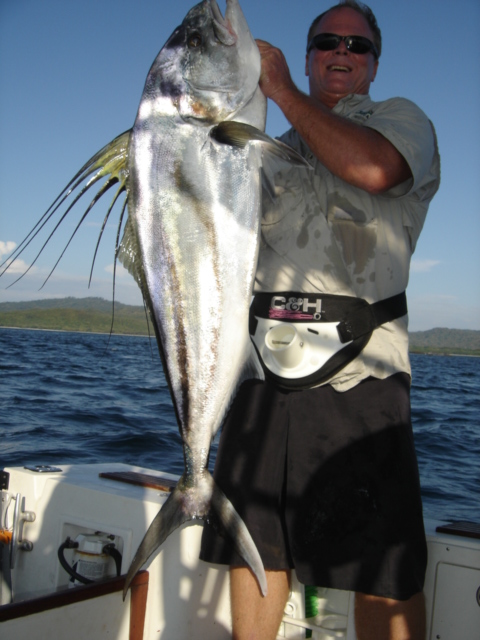 Rooster Fish are found closer to the shore, so if you’re prone to seasickness you may be able to catch one of these guys without having to embark on a boat!  Their name comes from their rooster comb, or seven long spines of the dorsal fin. These fish can be an exciting catch, raising their comb like a flag and leaping repeatedly through the reel.

Roosterfish are normally a catch-and-release fish, due to their strong, tough taste, but the meat has been known to be used in a classic ceviche.

Another exciting catch, the first thing that probably comes to mind when you hear Barracuda is the dreaded sharp-toothed, predator fish with a fierce reputation (or the song!). These feisty fish are often exciting for beginner anglers to catch with their wicked mouth full of teeth. Barracuda has a firm, flaky texture, often prepared in fillets or steaks and are particularly great as a smoked fish featured in soups and sauces.

“Bonito” fish, named after the Spanish word for “beautiful” live up to their name with shiny, lustrous blue colors, a solid body and classic fork tail. While out on the water, you might see a school of these beauties swim alongside the boat. The meat of Bonitos has a delicate flavor and moist, soft flesh. Fresh out of the water, it’s an amazing choice for raw sashimi or it is perfect pan-fried with a little bit of butter. 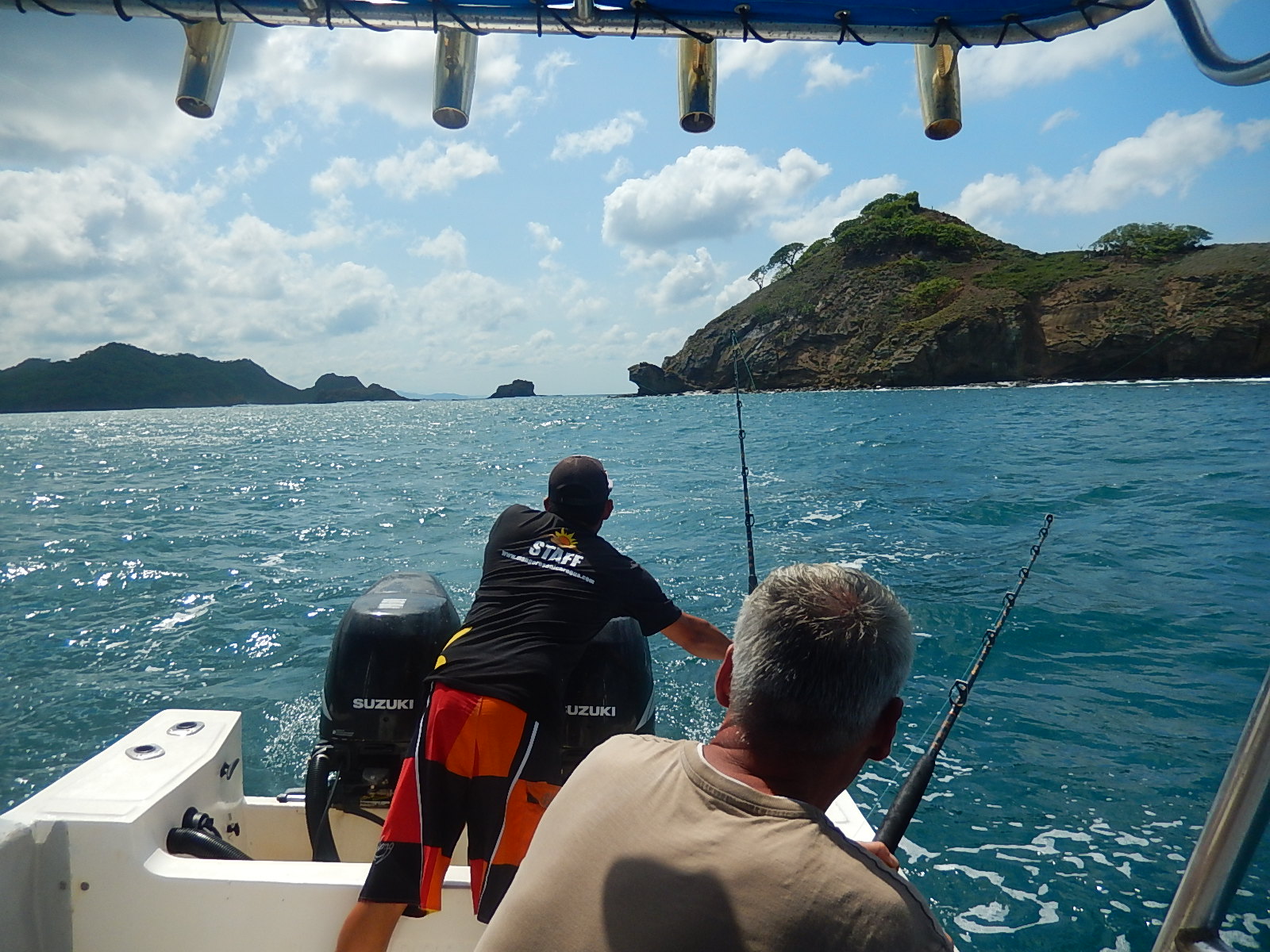 While the area is often known for its beaches and surfing, a perhaps “best kept secret” is the incredible sport fishing available off the coasts of southwestern Nicaragua. From the absolute beginner to the experienced angler, everyone can enjoy the adventure and excitement of catching one of the many beautiful species in our waters. To top it all off, you may go home with some fresh “Comida Nica” (Nicaraguan cuisine), giving you the ultimate local experience.